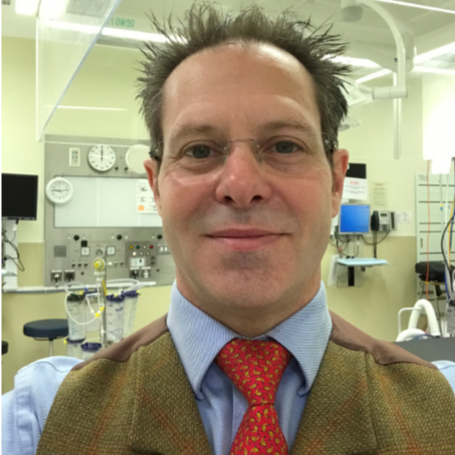 “The hospital corridors are eerily quiet. You don’t really appreciate the bustle of the building’s internal thoroughfares until there is such a stark change like the one we are now enduring.

There are no visitors. There are no tables with huddles of people at the coffee shop. There are very few people. Many appointments have been postponed, operations delayed, and visits abandoned.

It must be like this across the country. The coronavirus has swept in and emptied them. It is an echo of what has happened outside. Humanity has been urged to stand clear and take cover while the virus spreads its way down lanes, corridors and through shops, using unsuspecting people as its vehicle. Like the Martians in War of the Worlds, the country has been laid low by the smallest of things, a virus. Thankfully, for the majority of us, the outcome will be far better than the fictional masters of the red planet.

The worst of the sufferers find themselves in the hospital, surrounded by mask-wearing nurses and doctors. These patients occupy a world where they are wed to a different mask, one delivering life sustaining oxygen, with its tubing looping snakelike back to the wall, seemingly plugged into the very fabric of the hospital. They remain breathless and dependent on it until the illness retreats.

I wonder how frightening it must be to be told that your test is positive and that you are infected. The fearful sights from news in China and Italy have affected so many of us. So, for those feeling already terribly ill and struggling to do the simplest and most automatic of things - to breathe - the confirmation of the test must be the realization of a horrible fear. A fear that they would face alone were it not for the nurses and doctors who are dedicated to their care.

This disease has brought layers of isolation for the most unfortunate, lying in their hospital beds. They exist isolated from the outside world. Familiar faces and voices may be reduced to projections from phone or tablet. Separated from their families as they struggle through the day whilst outside those in good health endure their own confinement.
The healthcare staff are hidden behind their masks, behind their protection. But that barrier also hides them as people. People who have read about nurses and doctors who have died. People who worry they might catch the virus and who, whilst intelligently rationalizing that it will likely just be a mild disease should they be affected, have to push aside the lurking fear that for them specifically it might be worse, taking them to the intensive care. Many will erase this fear from their thinking to allow them to continue to look after their patients. Showing unwavering commitment and enormous compassion, they complete their shifts and then, as they drive home, melt into the quieter landscape that has become the norm in this troubled time. Wearing neither uniform nor surgical scrubs, they are now indistinguishable from anyone else; they resume the concerns and cares of everyone at this time. They worry for their partners, children, parents and friends. They take to their phones and computers to maintain some semblance of contact in a world where social norms are very abnormal. They go to the supermarket and get frustrated when they can’t buy flour because it is sold out. They wish they could go on holiday, go to that concert, to the cinema or to that special restaurant. And increasingly they feel a little uneasy or perhaps guilty. They have a job. The place they work isn’t closed. They aren’t furloughed. The financial cost of this is not as present on their minds.

However, with a new day comes a new shift and once more they step into an arena where many would not voluntarily tread.

A hospital is a complex organism at the best of times, and this is not the best of times. It is almost organic in its structure but look closely and you will see apparent order in what seems chaos. This is more so now than it has ever been. A consequence of this epidemic is that where needed, people have been redeployed from areas of familiarity to areas of need, whether that’s clinical or otherwise. Theatre staff who ordinarily live in a clean environment of lists of ’routine’ operations find themselves in the alien world of ICU. A land of machines and PPE, learning new skills and planning for a surge of COVID patients they hope will never come.

Anaesthetists have been teamed up with Operating Department Practitioners to form MERIT teams whose job it is to secure the worst cases of COVID and bring them to ICU, all whilst dressed in stifling masks and gowns, a necessity without which they would be at the highest of risks themselves.

The empty corridors seem to be waiting. Are they waiting for the better times to come when visitors return and some semblance of what we had once considered normality is restored to the world? Or are they waiting for the late surge of COVID patients? Near neighbours to the County have suffered far worse than we have, with more of the sickest patients. Time will only tell whether the storm will grow in fury before it fades. But we can choose not to feed it. For as long as we are asked to stay at home, we should do so. Take that necessary step to minimize the possibility that your children, friends, partner and parents might become a patient.”

There was a problem retreving the tweets:
View on Twitter...
Hide this section
Show accessibility tools